Sunday afternoon, Xanti's parents are hosting an open house, in her honor. Xanti, our oldest granddaughter, after several years in public school, began home schooling when she was 11 years old. During December 2007, she completed high school.

When Xanti was little more than a toddler, I handed her my 35mm film camera, showed her how to look through the view finder and which button to click for photos. I like to believe Xanti's love of photography began then. In the years since, we've noticed she has a wonderful natural talent for photography and an amazing eye. It isn't surprising to learn, Xanti has decided to pursue studies in photography and will be leaving home, this summer, to begin the adventure of making her dreams come true.

With pride, a bit of an ache in our hearts and tears in our eyes, we wish you the very best of success in whatever you choose as a career. We love you Miss Priss. You will aways be our sweet baby girl. 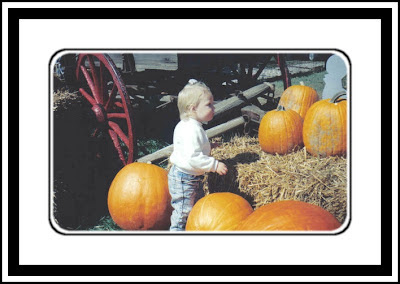 Xanti choosing a pumpkin during Fall 1991. 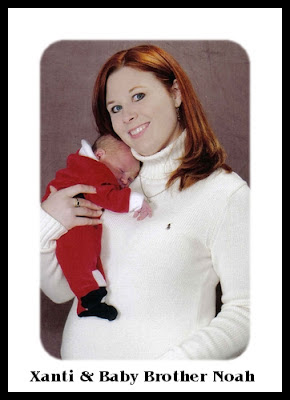 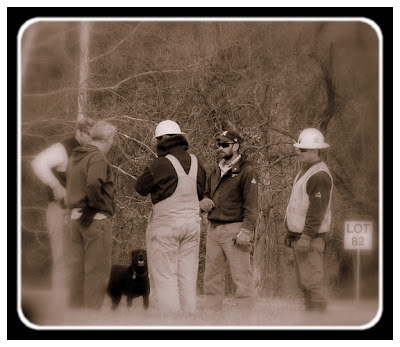 Above photo: J, the retired lineman with his faithful pup Molly, in deep discussion with a group of young linemen, Friday morning.

I looked out yesterday morning and noticed J, standing beside an electric company truck, talking with a young man. I hoped they were discussing the street lights we've been waiting for!
Awhile later, I looked out again and saw a group of young linemen, with the elder lineman. Were they talking about the economy or the election? Or were they just enjoying watching Molly chase and fetch a bit of scrap wire? I know in my heart, it was the latter.
As you can see in the photo, at right, we did indeed get our new street lights! 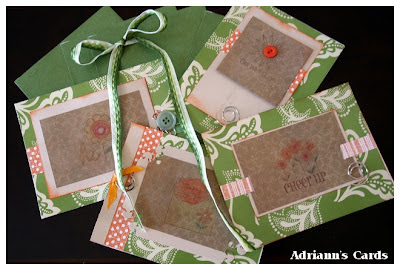 Last week, I received these beautiful notecards from Adriann at A Day In the Life. Thank you Adriann!
Adriann is participating in One World One Heart.
Posted by PAT at 2/09/2008
Email ThisBlogThis!Share to TwitterShare to FacebookShare to Pinterest
Labels: Family, Gifts
Newer Post Older Post Home