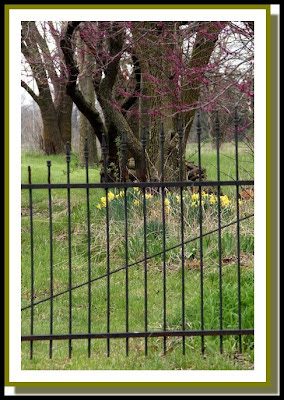 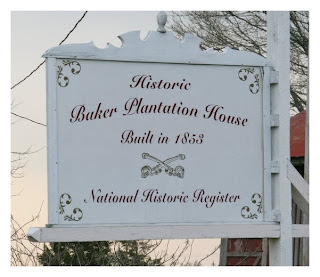 On our way to the lake, last Thursday, we stopped at Danville, Missouri and took a few photos of the Baker Plantation House and Danville Female Academy.
A few years ago, the Baker house was open for tours. The porch has fallen in on one side and there are other signs, the home is in need of care.
There is a for sale sign on the fence. Wouldn't it be wonderful to buy this old place and restore it. There might even be a ghost, too. The property backs onto I-70 at Danville, Missouri. 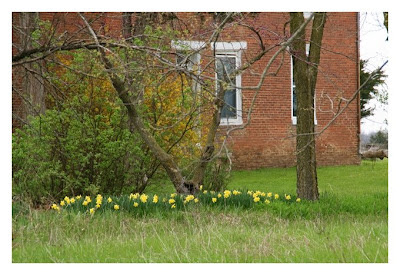 At many older or abandoned homes, the flowers still bloom, as they do here at Baker Plantation House. 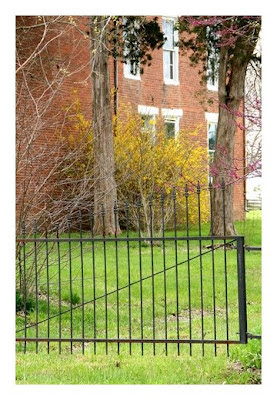 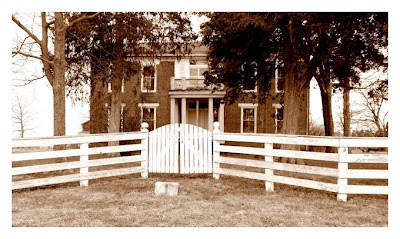 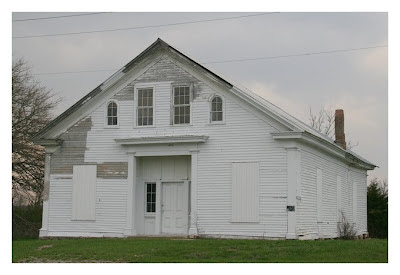 Not far from the Baker house, is the Danville Female Academy. Danville was raided, during the Civil War. The town was destroyed, leaving only the academy.
***********************************************
Friday morning we awakened to learn there had been an earthquake during the early morning hours. Soon after we saw the event reported on the news, two of our daughters, who live near St Louis, called to tell us they heard things rattle and fall at about the time of the quake and reported feeling the aftershocks. We slept through it. At the lake, we probably wouldn't have felt it anyway. Molly acted peculiar throughout the day. We wonder if she might have been affected by the quake. Although the epicenter was located in southern Illinois, the quake was felt in many areas of the US. 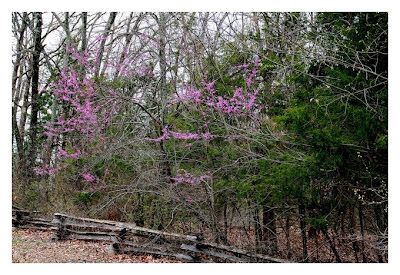 Redbud blooming near a split rail fence, inside Lake of the Ozarks State Park. 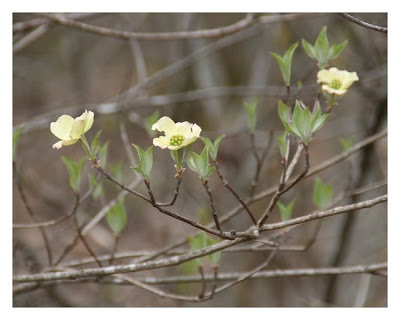 The Dogwood trees are just beginning to bloom. 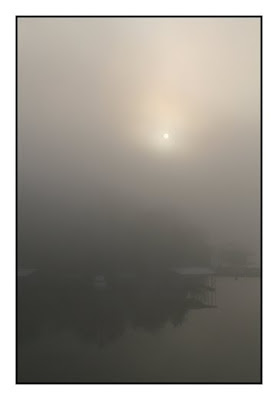 It was cloudy during most of our stay. However, this morning, we could see the sun through the early morning fog, in our cove.
During our drive home, we stopped along the way, for more snapshots of rural Missouri. 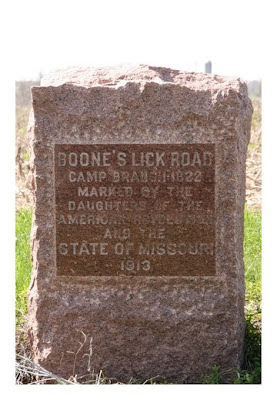 This marker is along an outer road, that runs beside I-70. 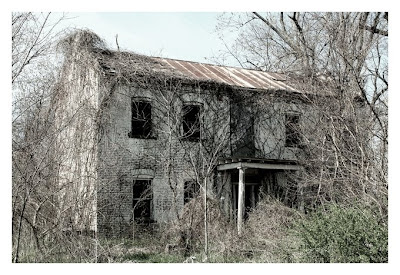 An abandoned house, not far from the marker. Perhaps the cemetery has a connection to the old house. I don't know anything about this house. It would be interesting to find out more. 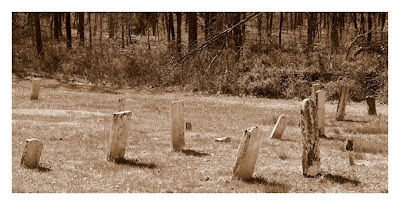 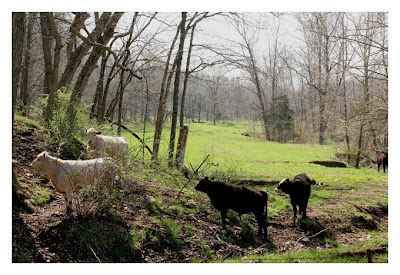 In Warren County, Missouri, we found these cows, an old school house and the creek, pictured in the last photo. 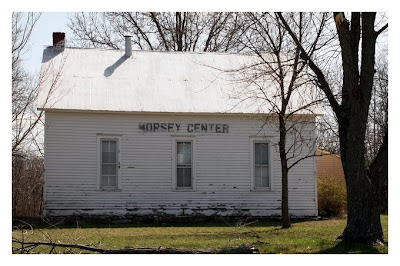 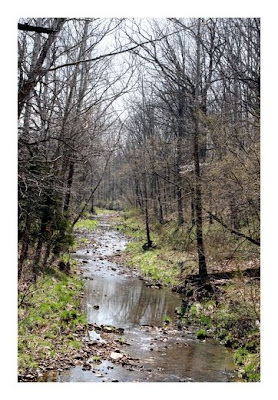 We enjoyed our time away. As always, it's good to be home again. J is busy working in the yard, this afternoon. Our Hosta garden, next to the patio and other plantings are beginning their new season. Plenty to keep J busy, this next week.

Thanks so all who came by while we were gone. I enjoyed the comments!