~Saint Pat’s Table and a Memory~ 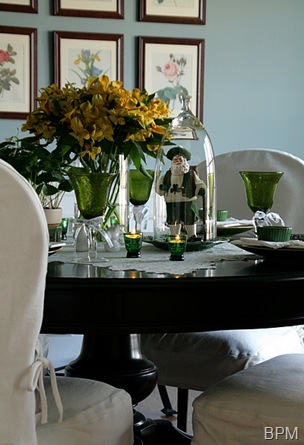 Kathleen is having a Saint Patrick’s Day Party, Tuesday March 16th.  Stop by for all things Irish. 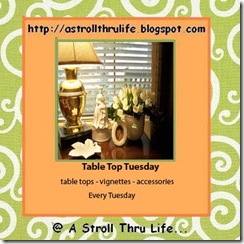 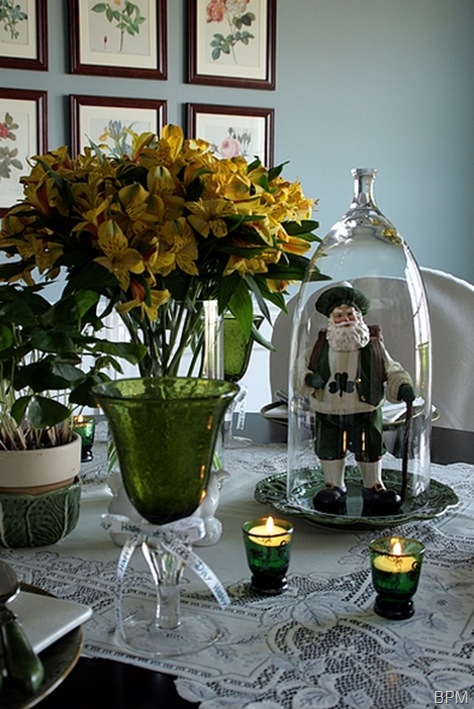 I named the fellow, under the cloche, Padraic O’Shamrock, in honor of St Patrick’s Day.

He is actually from my Santa Claus collection. 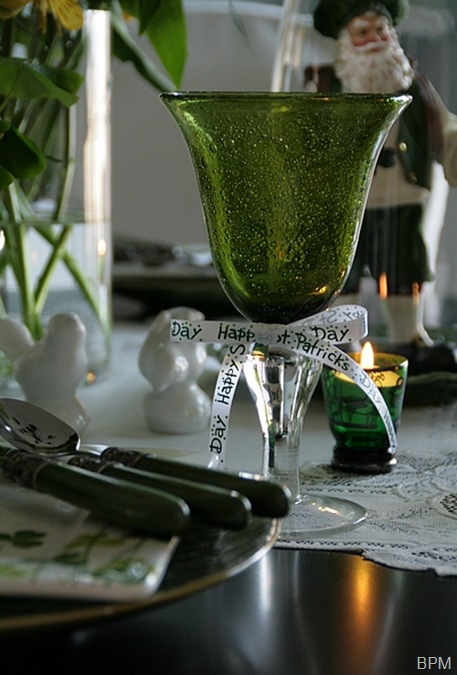 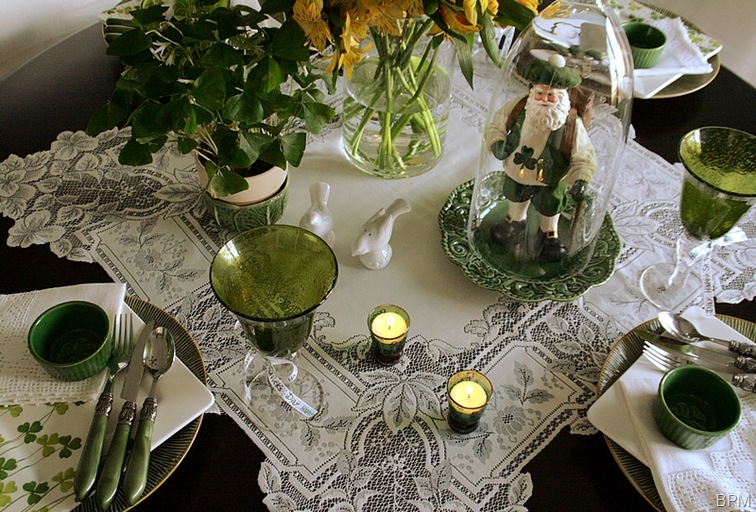 The lace cloth is from a long ago trip to Branson, Missouri. 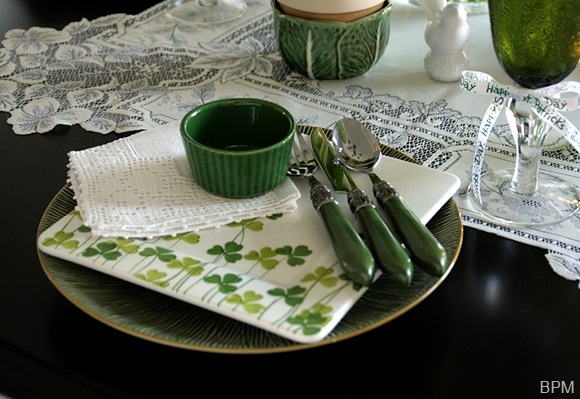 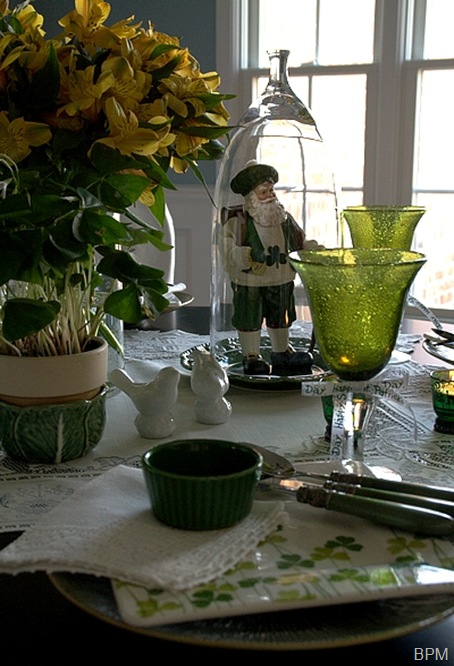 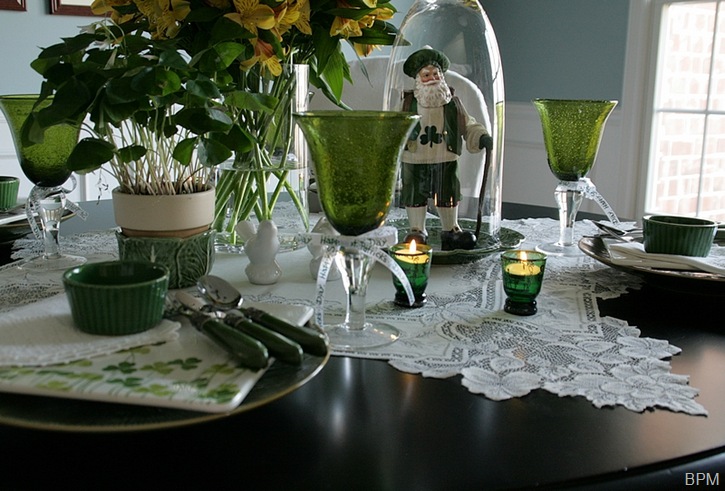 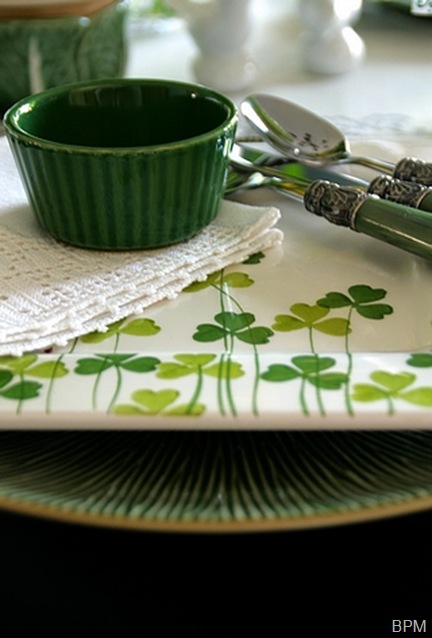 The shamrock plates and ramekins  are a recent purchase from Home Goods. Goblets are from Target, last year.  Flatware is from Marshall’s.  The green dinner plate from Wal-mart, about 5 years ago.  Napkin is vintage. 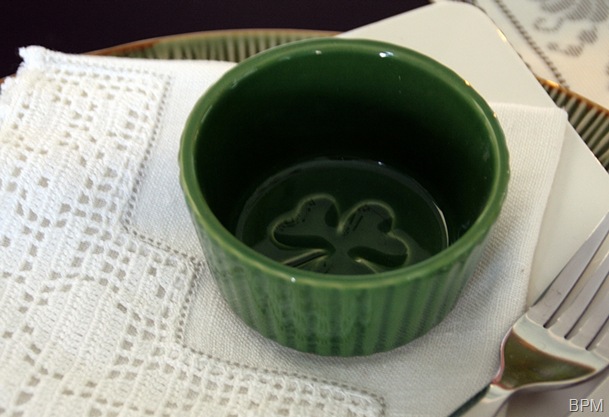 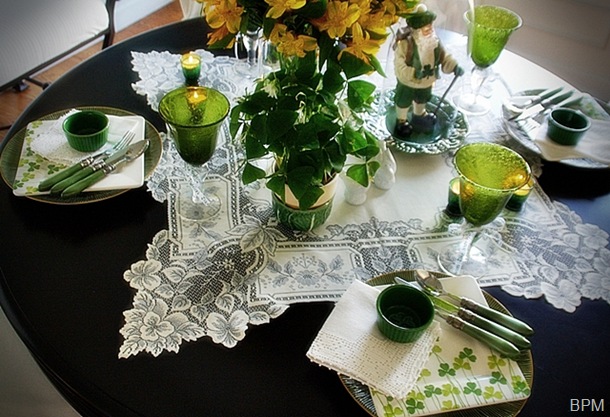 From 1966-1968, J and his younger brother Ben were stationed in Germany.  During that time, they enjoyed seeing the beautiful country; birthplace of their ancestors, who immigrated to the US during the 19th century.

That time in Germany and the memories are very special for J.

Not long after their return to Missouri, Ben lost his life in an auto accident, at the age of 23 (1969).

One of the gifts Ben sent their Mother, from Germany, was a green decanter and liqeur/shot glasses.  Those glasses are seen on the St Patrick’s Day table, holding tea lights.

When J’s mother passed away, in the mid 1990’s, her belongings were divided between her 3 surviving sons.  J requested the tiny green glasses.  The decanter was broken several years before.  J  hoped that one day he would find a decanter to replace the original. 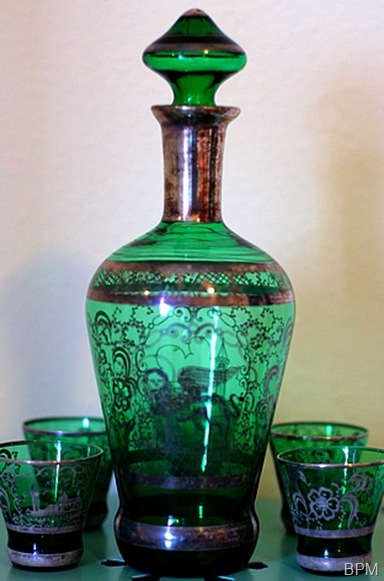 While shopping at a favorite antique shop, at the lake, last week.  J spotted a flash of green in a window.  He called me over to have a look.  The decanter and glasses, in the photo, were taken from the window for a closer look.  The tag was marked Venetian Glass. The glasses appeared to have the same or similar pattern as the original glasses.

In the end, the decanter and 5 glasses came home with us.  Even though the decanter isn’t the original, it reminds J of his brother Ben and their time in Germany over 40 years ago. 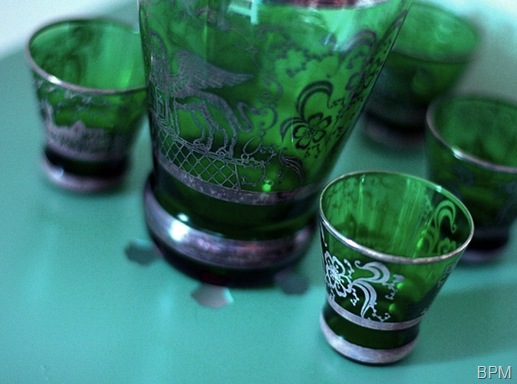 We purchased something for the hearth room, the next day, at the same shop.  More about that in upcoming posts. 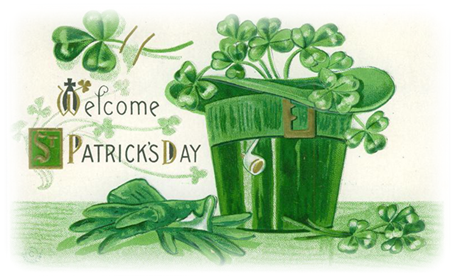