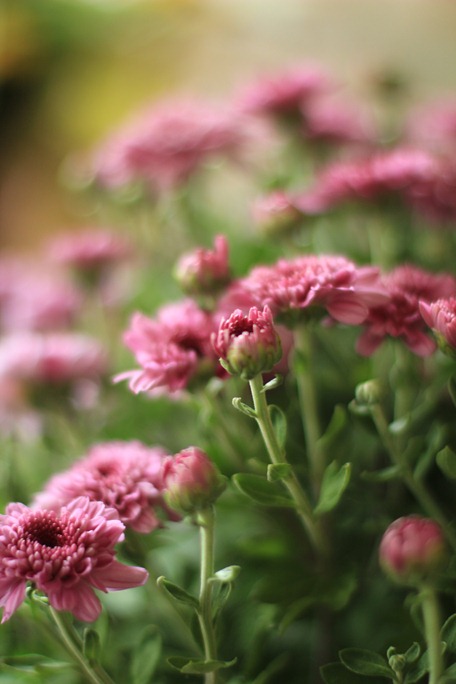 I wanted an ethereal look when I shot the pot of mums, sitting on the hearth in our hearth room. 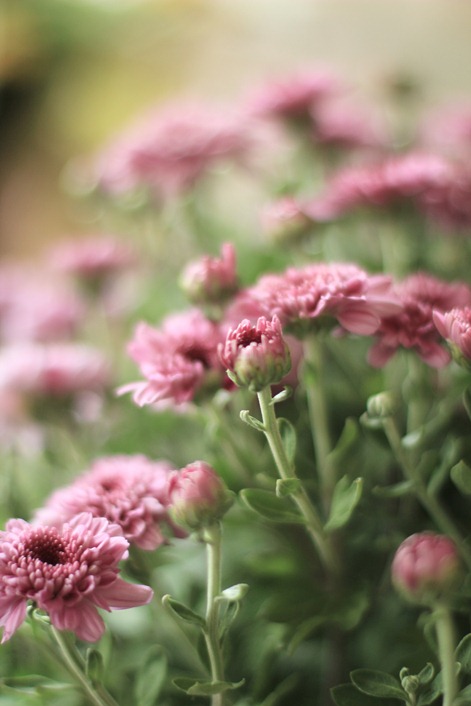 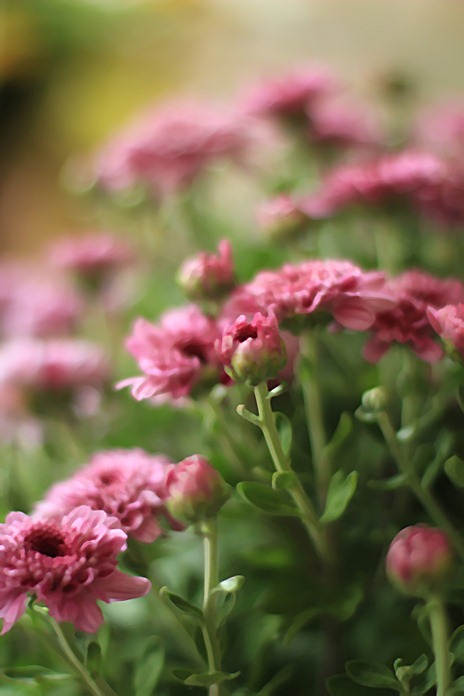 Reduced size to 853x1280, clicked Filter then Water Painting.  I used the 9 brush stroke, on the slide. 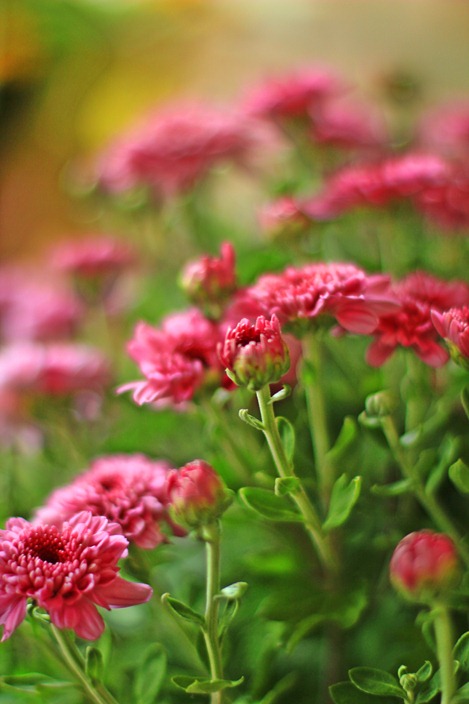 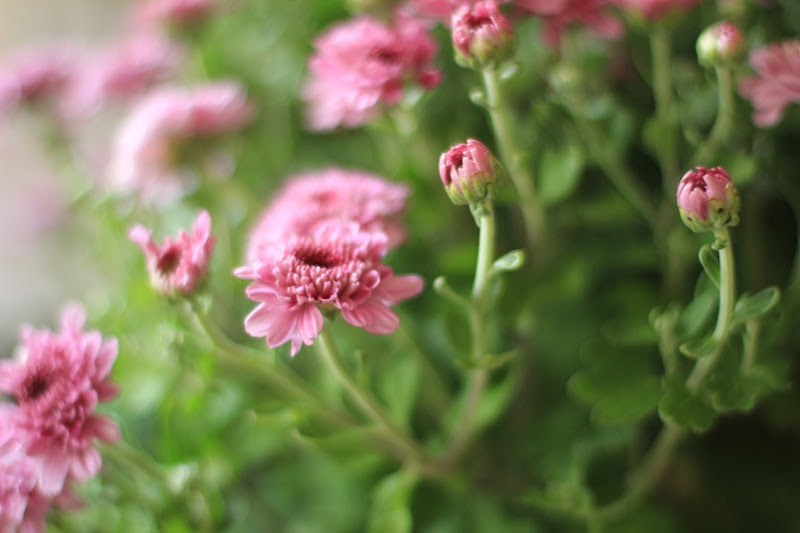 Straight From Camera (no editing)

The camera was set on AV mode.  The focus was on auto. 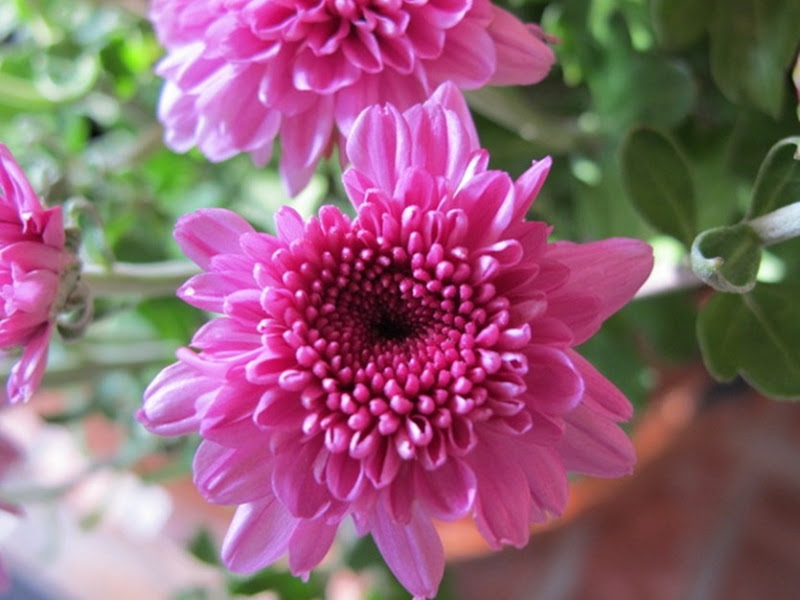 The above photo was taken in early morning light, using the G11.  This is a point and shoot camera.  The camera was set on Auto.  The image is straight from camera.

In this segment of the series, I am using photos from both cameras; showing the possibilities when using a “point and shoot”, as well as the Rebel T2i. 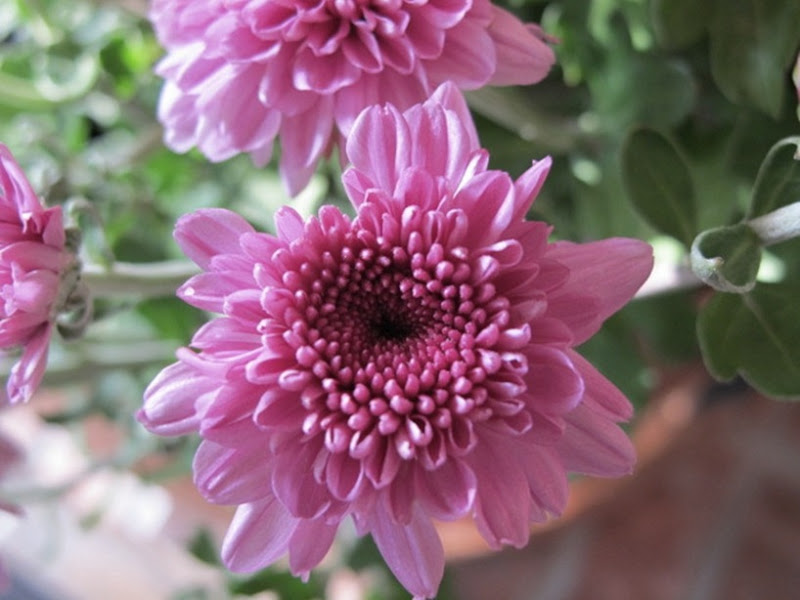 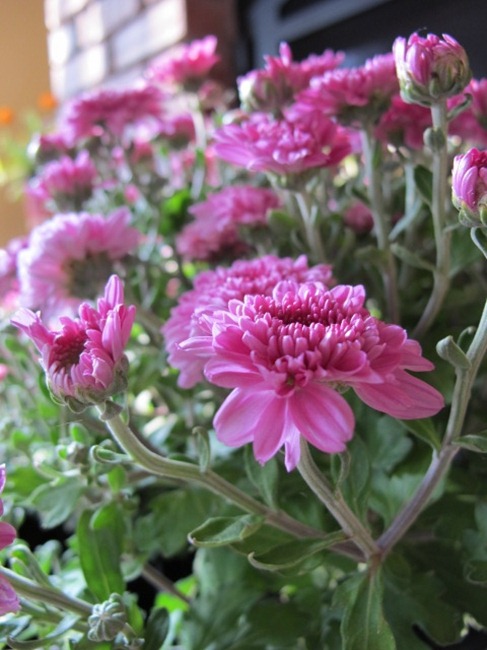 I left the size at 480x640, for this example.  Notice in the background, of this shot, the fireplace is at an angle. Below, shows the same shot after straightening in Picasa.  I haven’t found a way to straighten shots, in Photoscape.

Photoscape was used for all editing, in this post, except straightening. 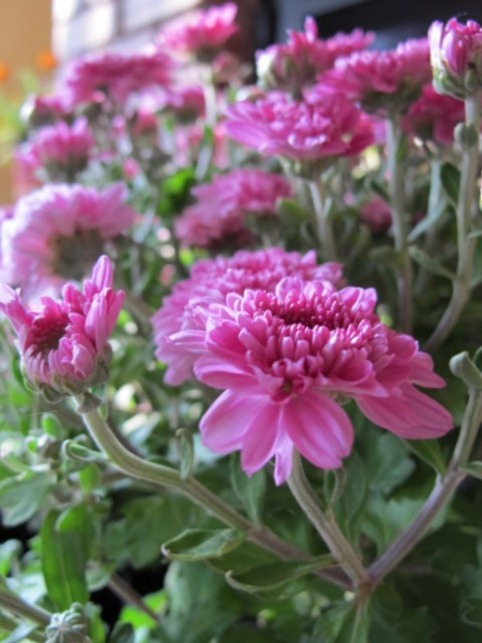 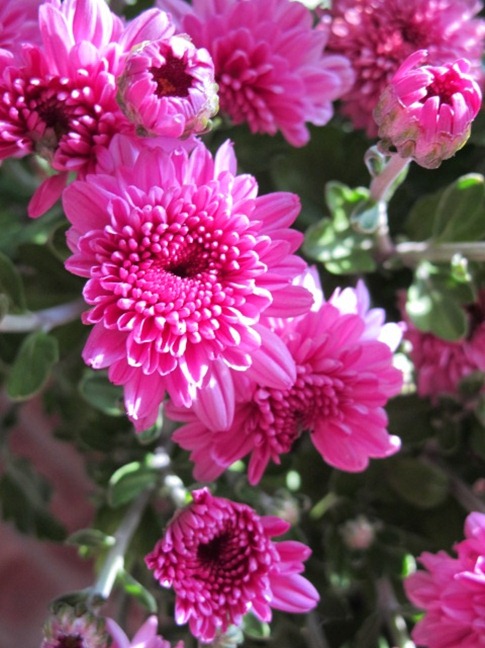 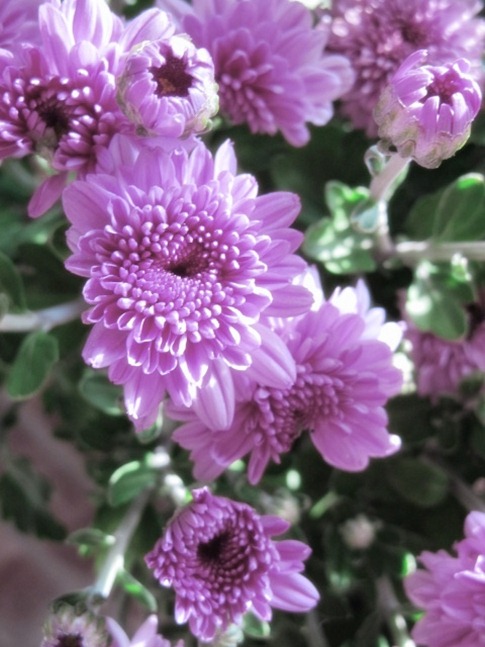 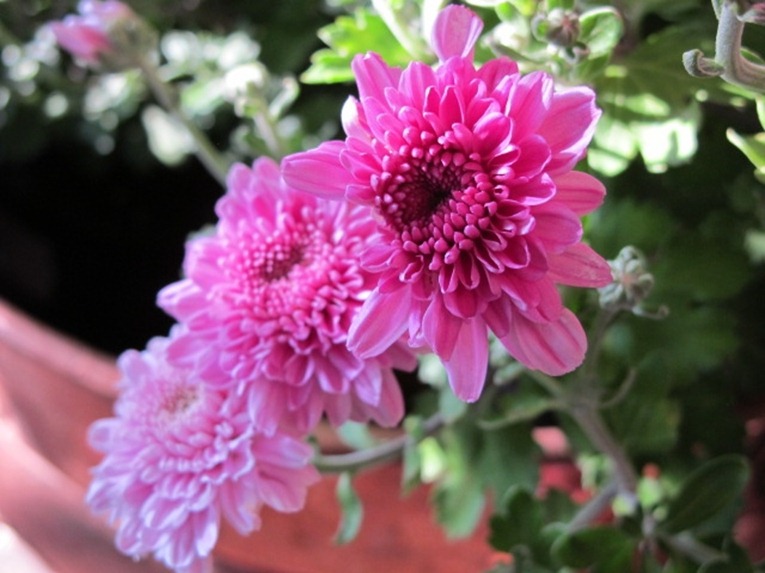 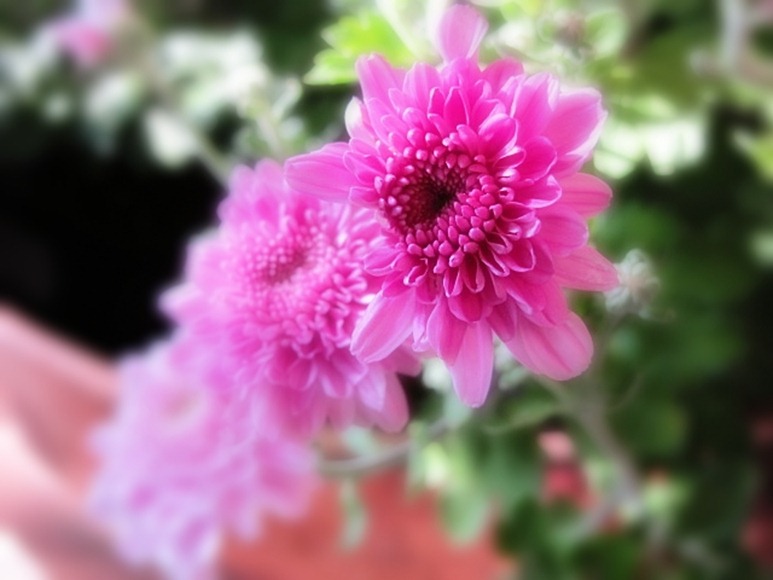 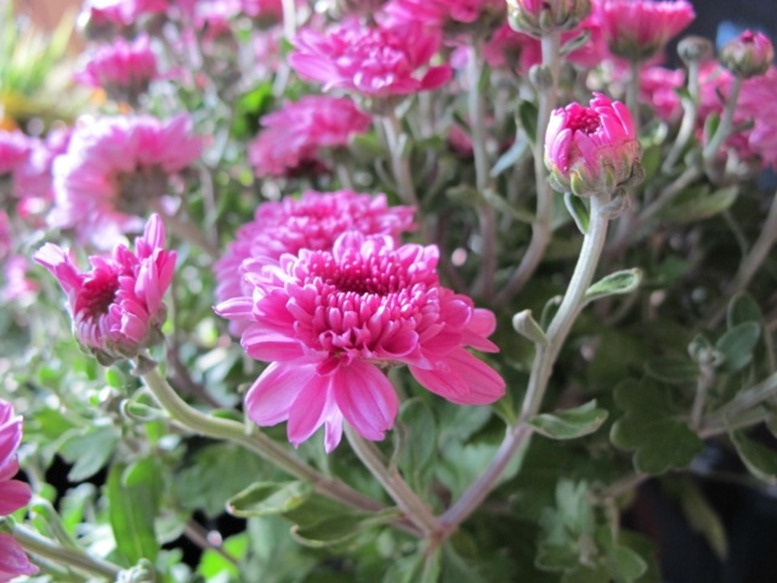 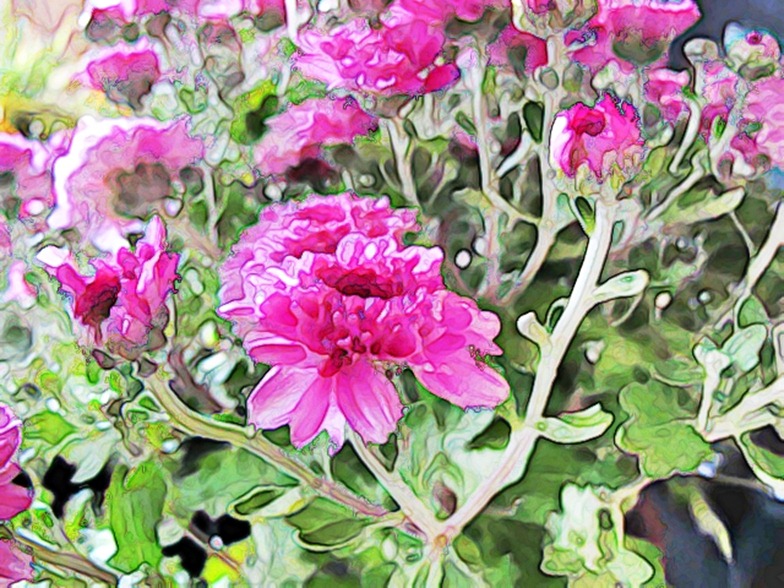 This bit of whimsy sits on our deck, at Lake of the Ozarks.  As you can see from the water droplets, we were having precipitation, Wednesday morning, the first day of September 2010. 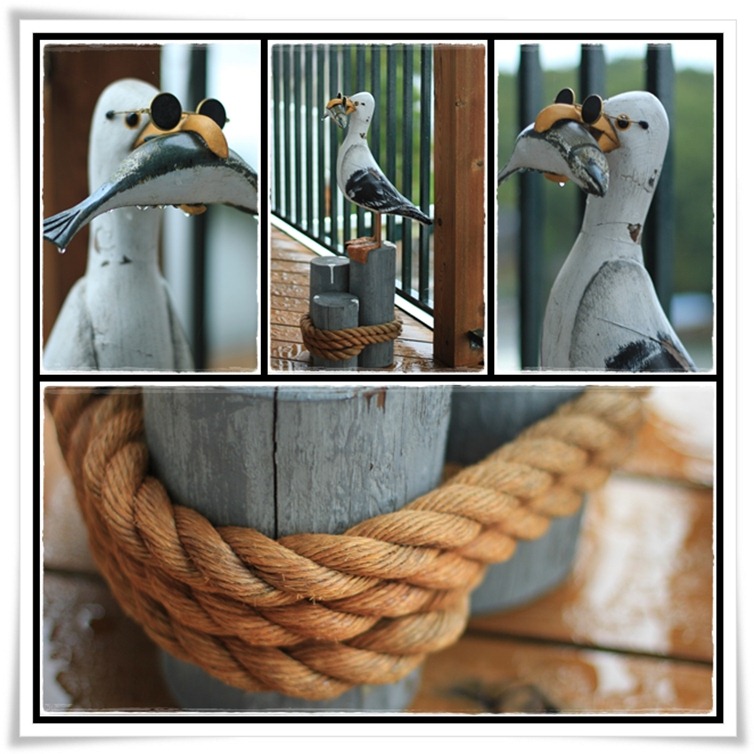 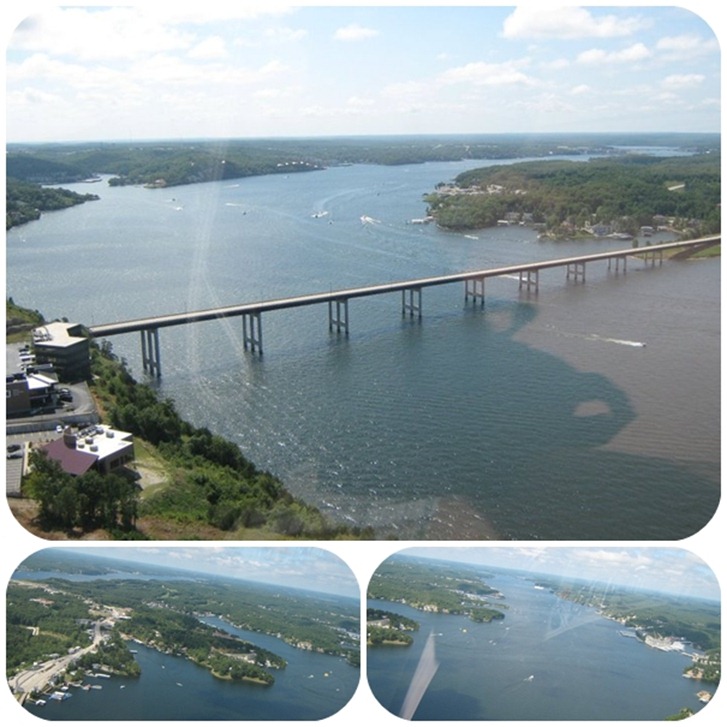 Photos in this mosaic, were taken by our daughter while on a helicopter tour of Lake of the Ozarks, August 2010.  The camera is a Canon Powershot A470.

Next week I’ll talk about making mosaics and frames with Photoscape. 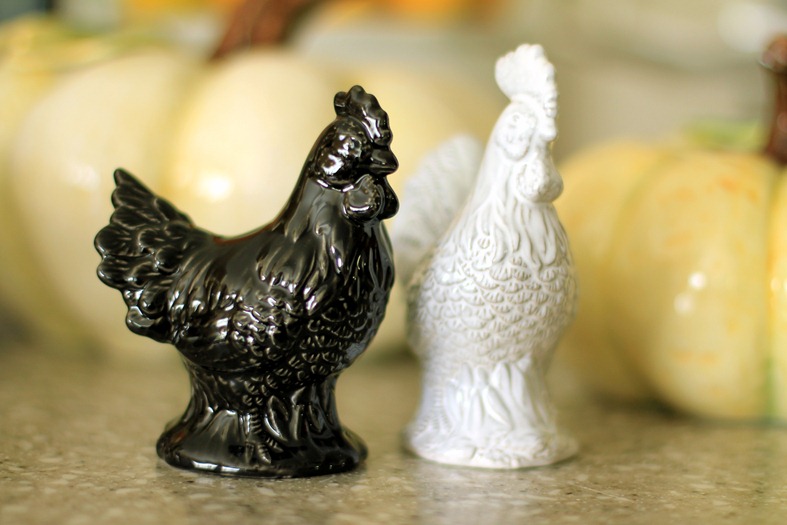 I spotted these salt and peppers at Target.

They’ve found a place to roost in the barn board cabinet. 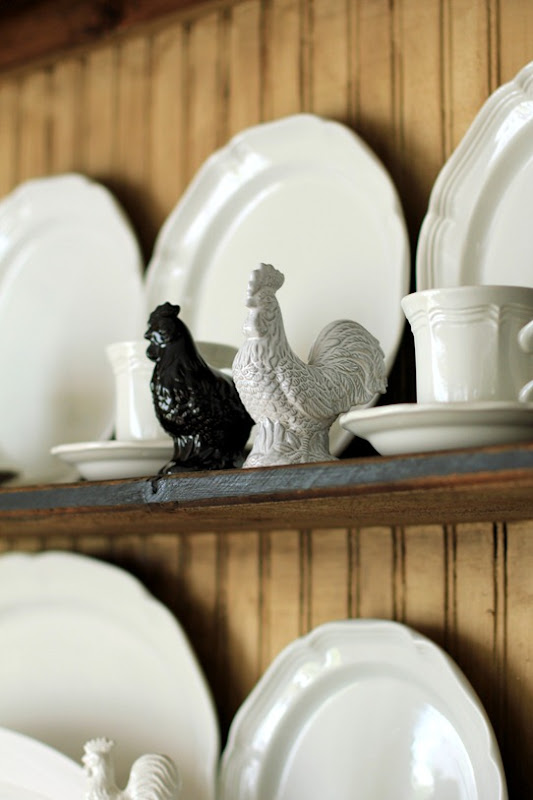