~A Salt & Pepper Tale for the Birds~ 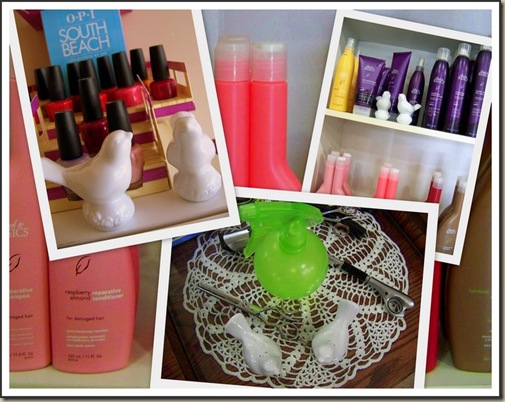 Let’s see a show of hands – how many of you as children tried to catch a bird by putting salt on its tail? If you are raising your hand, you are in good company. The old saying – “You can catch a bird by putting salt on its tail” – has been around for generations. It’s unknown how the saying began, but it appears to date back at least to the sixteenth century.
So what is the thinking behind this “tail tale?” One theory suggests salting a bird’s tail startles it just long enough for you to catch it before it flies away, while another school of thought believes salt contains magical properties that casts a spell over the bird. Still others think salt on the bird’s tail feathers may interfere with its ability to take flight.
While these are all interesting theories, is there any truth in them? It seems the answer lies within common sense. When it comes down to it, if you are close enough to get salt on a bird’s tail, you are close enough to catch it.
But just because this piece of avian folklore is nothing more than myth, doesn’t mean there isn’t value in passing it along to the next generation. While your childhood attempts to salt a bird’s tail may have been an exercise in futility, you have to admit, it was fun trying!

Taken From: ~The Farmer’s Almanac~ 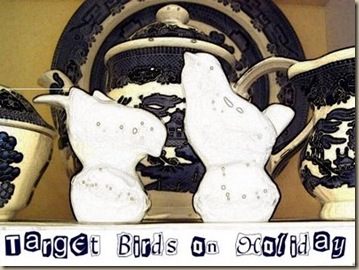 Susan, at Between Naps on the Porch, suggested we give our Target bird salt and pepper shakers a holiday. The challenge was to follow the birds and capture them in environments, away from their usual element.

Phil and Lil and Dodie and Fred enjoyed their days away from table service, this past week.

Dodie and Lil’s first stop was West End Salon, where they had their feathers fluffed and nails done.

While the girls were being beautified, the guys went fishing with J. We all know the early bird catches the worm. However, Phil and Fred needed J’s help when baiting their hooks. 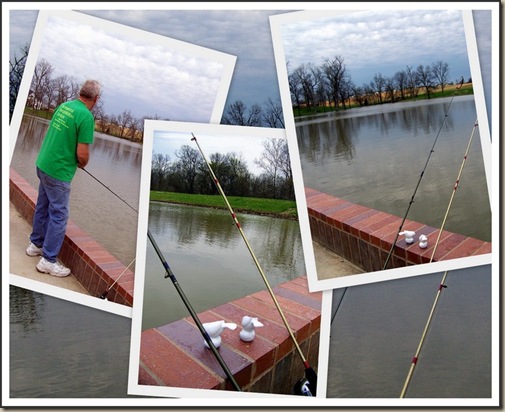 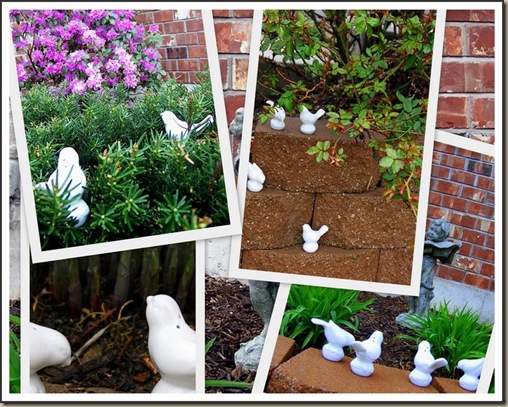 One morning, I found the group touring the gardens. They seemed to be as pleased as we are, the Knockout Roses are beginning to green up. I caught a photo of Dodie and Fred, where they sat in a Yew, to get a better look at a Rhododendron. Phil and Lil inspected the Hosta, beside the patio. I thought I heard Phil say something about mulch! They wondered why the statue didn’t have bird seed in his hat, when they stopped by to see the Stella D’Oro Lilies. 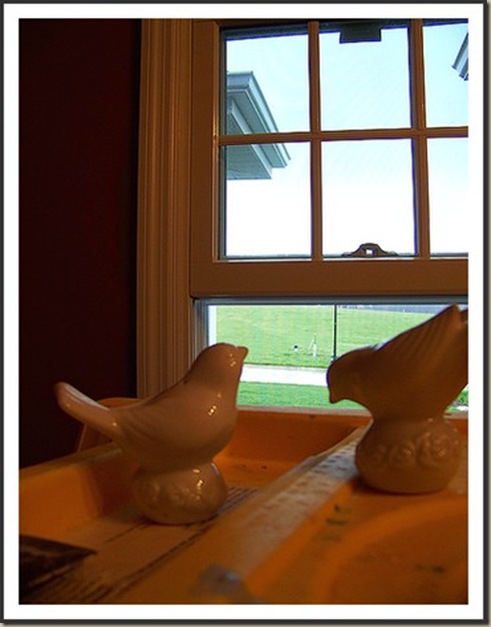 Just before their return to Tablescape Duty, Dodie and Fred stopped by the powder room to give their approval of the makeover.

Look for Phil and Lil and Fred and Dodie in upcoming Tablescapes, from the Back Porch.

Visit Between Naps on the Porch for more Bird Tales, Wednesday April 15th. 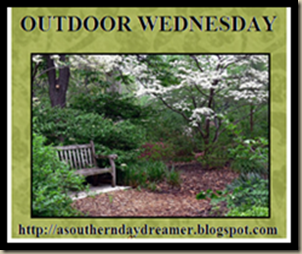