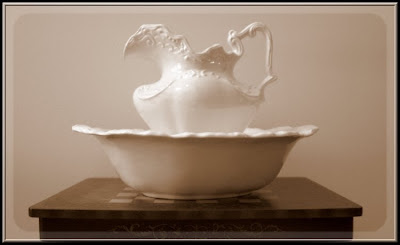 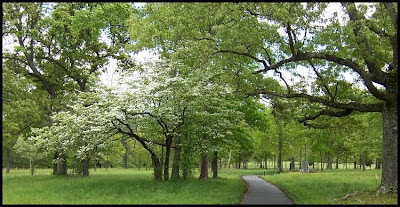 Reading John Jakes' Charleston, this past week, prompted me to post about my project. The book begins toward the end of the American Revolutionary War. 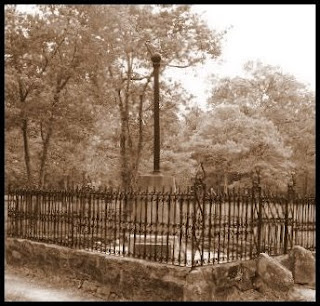 The photo, at right, shows a monument, erected by The Washington Light Infantry, of Charleston, South Carolina, in 1856, near the final stages of the Battle of Cowpens, to commemorate the important American victory. It stands as the earliest testament to valor of the Patriotic Army at Cowpens.
I've chosen Cowpens, for this post, because my 6 times great grandfather fought at this battle. Alexander Edwards' brother, David, was encamped at Cowpens. Sixteen year old Alexander delivered a letter to his brother, telling him his wife was gravely ill. David asked for furlough, but was told a battle was emminent and no furloughs were being granted. Alexander offered to take David's place. David was permitted to leave for a short time. During that time, a pivotal battle of the American Revolutionary War was fought and won by the Americans. Alexander (my forefather) was issued a certificate for his bravery during the battle and his name is listed in the index of the Daughters of the American Revolution. Alexander's father Cader, settled in America during the 1750's. He was from Wales. Even though Cader was quite old at the time of the Revolutionary War, he served at the Battle of King's Mountain.

At the time of the Battle of Cowpens, the Edwards family lived in what is now Sullivan County Tennessee. It would be almost 100 years, before the family found their way to our beloved Ozarks.
We visited Cowpens Battlefield in 2005. There was a feeling of eeriness, as we walked through the site, imagining what had happened there over 200 years ago.
**Our family history was researched by my mother's aunt, around 40 years ago. I have a bound copy of that history. It's wonderful having great family stories to read, from time to time. I gathered information from that history for today's post.
Posted by PAT at 5/19/2008
Email ThisBlogThis!Share to TwitterShare to FacebookShare to Pinterest
Labels: Family, History, Memories
Newer Post Older Post Home