~Spring Fluffing at the Lake~

This is a contribultion to The Decorating Voice Spring Fling. 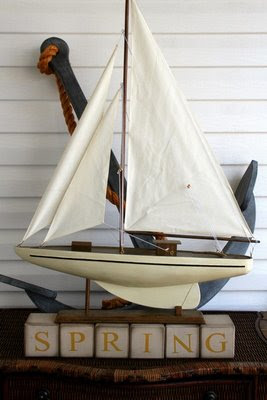 The rattan chest, previously used in our room, here at the condo, has been moved to the deck. I purchased the chest several years ago at Big Lots. 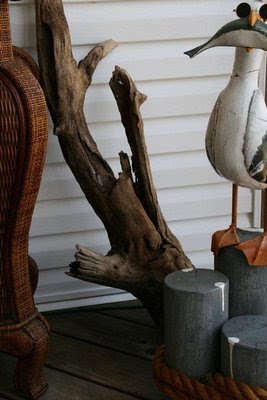 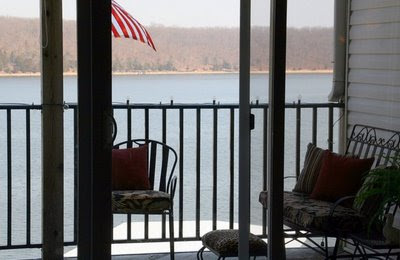 We're working on the deck at the condo; preparing it for the upcoming season. The temperatures are in the mid 70's today. Perfect for spending time outdoors.
Last time we were at the lake, we bought a new bistro set for the deck and passed the old one along to the condo maintenance guy. The new set is wrought iron, like the glider we had on our back porch at home. We brought the glider to the lake yesterday, then found a chair, that is a close match, at Target.
I didn't go to Target looking for a chair. I was there to buy the bird salt and pepper shakers, you've seen on various Tablescape Thursday tables. While I was there, I decided I might as well walk back to the garden area. Why not! I didn't realize J was also in the store, until I was in the garden area, looking at chairs. I didn't find what I was looking for and was leaving, when J called my attention to a pair of stacking chairs. We asked if the chairs could be purchased separately. We needed only one. Yes it was possible to only purchase one. We stopped at Lowe's on our way back out to our place, so I could pick up a cushion, for the chair, to match the cushion on the glider.
Oh, by the way...I did get those bird S&P's. In fact I bought two sets! 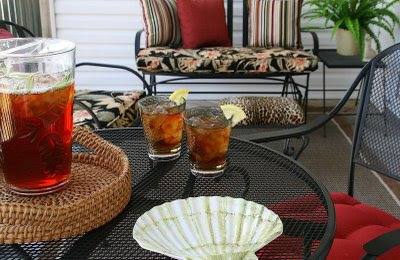 We had lunch on the deck, today and plan to have supper there this evening. Ice and snow are still possibilities, in Missouri, during March. We are taking advantage of these wonderful pre-spring days. 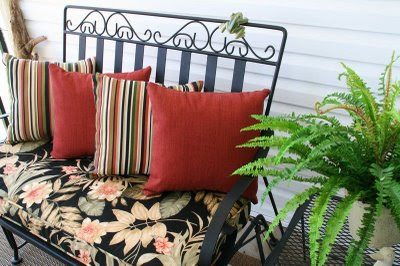 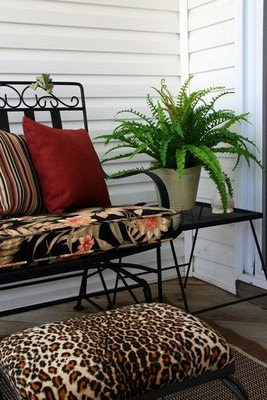 It's still a tad early for live plants, on the deck. I needed a little greenery and found the silk fern in the basement storage, at home. I've had the animal print stool for several years. I had always thought about recovering it. I'm glad I didn't. The leopard works well with the fabric of the cushions and pillows. 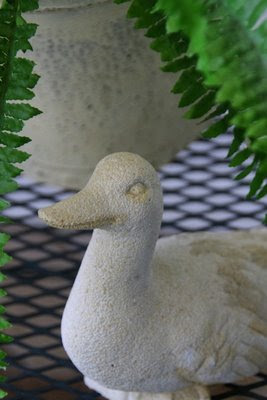 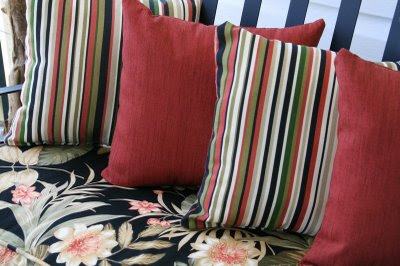 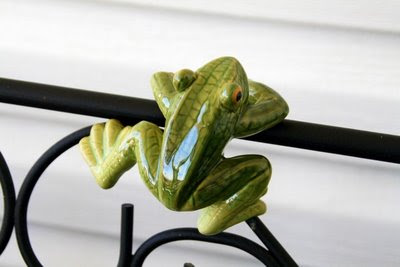 I found this fine fellow and two of his buddies, at Apple Wagon Antiques and Decorator Warehouse. I brought this one to the lake to use on a pot. That's where he will be spending the summer. His perch on the glider is too precarious! 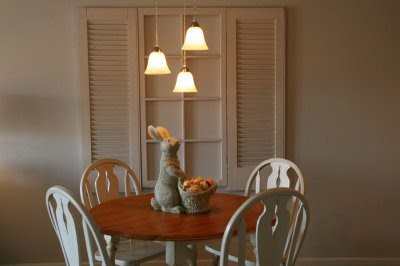 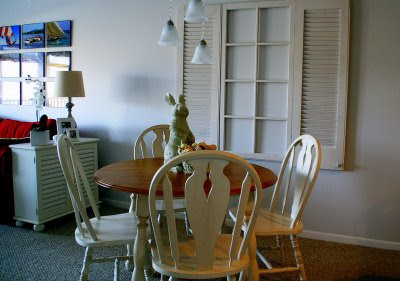 I've been looking for something to fill the wall space between the kitchen and seating area of the front room of the condo. I had a "window" in mind, when we visited Greg and Lori at All About Home, recently. They've spruced up the store for Spring. In one display area, I saw just what I had in mind for the wall. I mentioned to Greg that I was looking for old shutters and perhaps a window frame. He said he thought he might have just what I was looking for. It wasn't long until Greg told J, he had a pair of shutters and a couple of window frames, for me to see. The shutters were painted green and peeling and the paint on the window frame was almost worn away. We brought them home, last Saturday and J went to work scraping and sanding,then painting and sealing. We had thought about leaving the shutters green, but in the end, Benjamin Moore Warm, mixed in Kilz, worked wonderfully. J hung the window and shutters this afternoon. They are exactly what I had in mind. Thank you Greg and Lori! 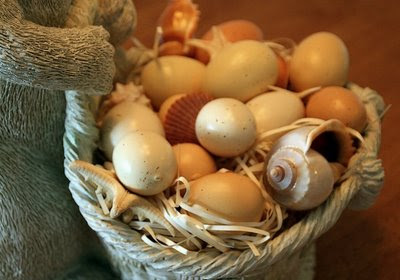