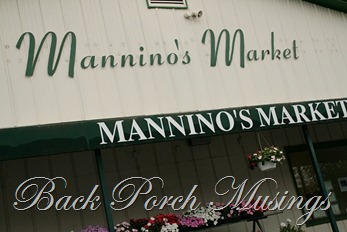 Monday morning, we decided we needed to do a little shopping at Mannino’s Market.

Mannino’s carries a particular brand of deli meat and cheese, we like.  There are two of the family owned markets, in our area. The nearest is in a small village, just about 10 miles from home.  We can arrive at the market, quickly, by taking the big old 4 lane highway.

As you know, we prefer the back roads.

With Molly and camera in tow, away we drove.

Two hours later, we arrived back home, with sandwich fixings, lots of photos, and happy memories of our Monday morning drive to Mannino’s.

Along the way we saw… 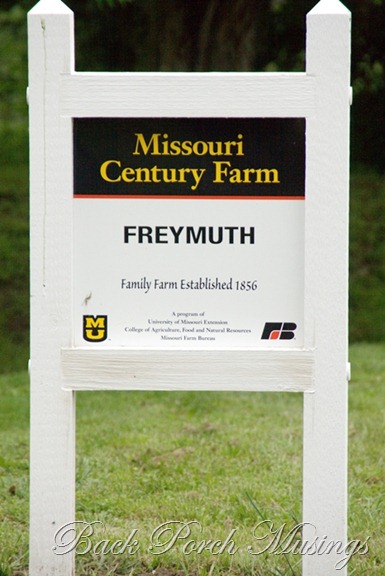 During the 19th century, J’s paternal family arrived, in America, from Germany.  Eventually, they made their way to Missouri, where they began farming. 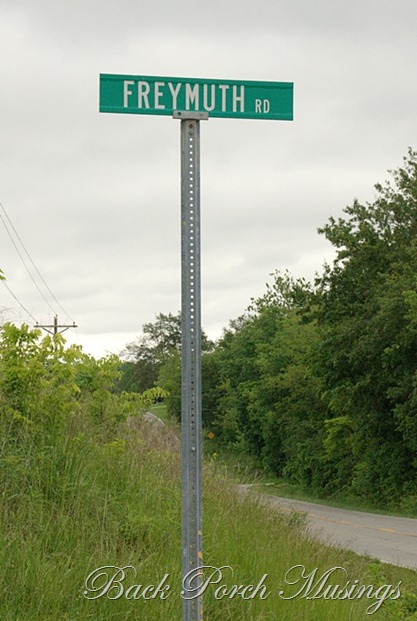 Two brothers established farms on either end of this road. At that time, it was a typical dirt farm road, where the brothers traveled between their homes.

At one time, the road crossed what is now highway 40/64, at Lake Saint Louis.  J’s great great grandparents’ farm was at the end of the road that is now a part of Lake St Louis.  Family still farms there.

The farm at the opposite end of the road, began with the ancestors of Delores, who lived on the farm all her life. 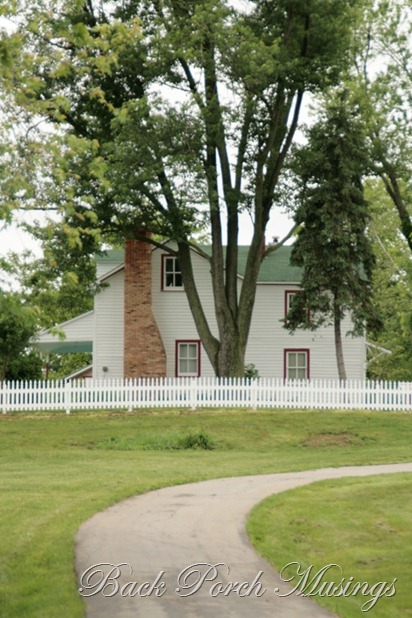 Delores was the last descendant of that branch of the family.  The Missouri Century Farm was bequeathed to Saint Charles County Missouri, to be used as a park.  The farmhouse, barn, and other buildings will remain as they are. 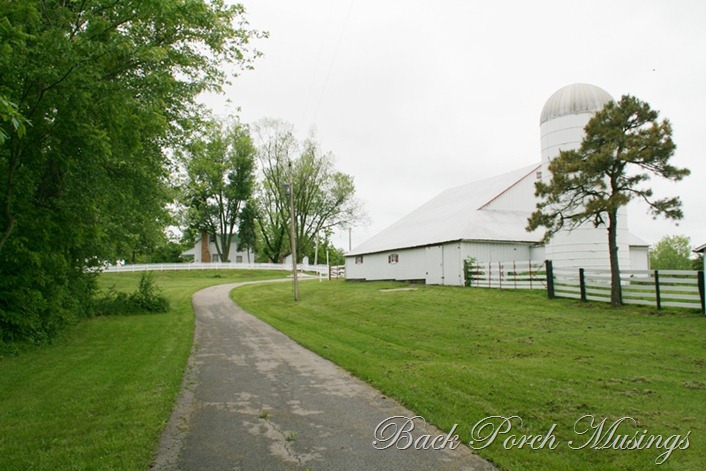 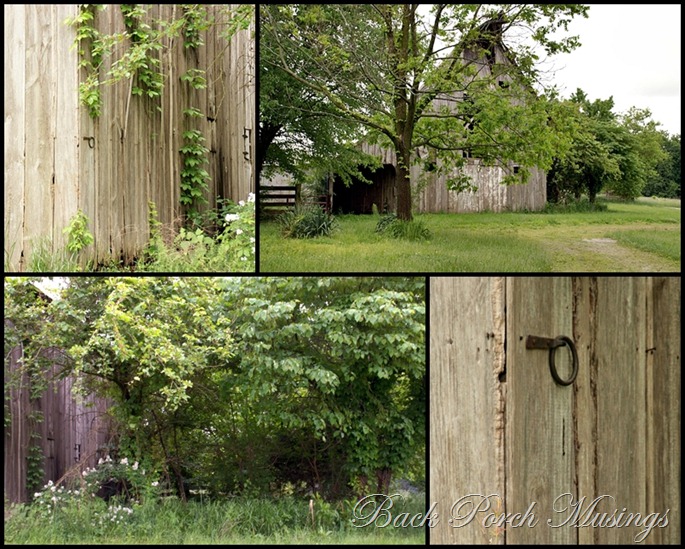 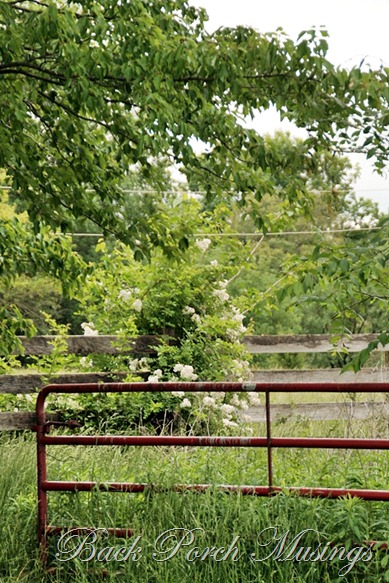 In a round about way, Pete and J’s dad were sort of distant cousins.  This barn is on the farm where Pete’s family was raised.

In later years, Pete wiled away the hours, shelling pecans.  J stopped by, once in awhile, for a visit.  After these visits, J always brought home a bag of fresh shelled pecans. Better than the pecans, were the stories Pete shared.

My stepdad, Charley, was a great story teller.  We loved hearing his stories of logging in the Ozarks and other life tales.  Sometimes, there were campfire chats; others were porch swing talks.

If you know someone like Pete or Charley, I recommend engaging him in conversation.  J and I have wonderful memories of listening to these two special people tell their stories of what it was like, when they were young, in rural Missouri. 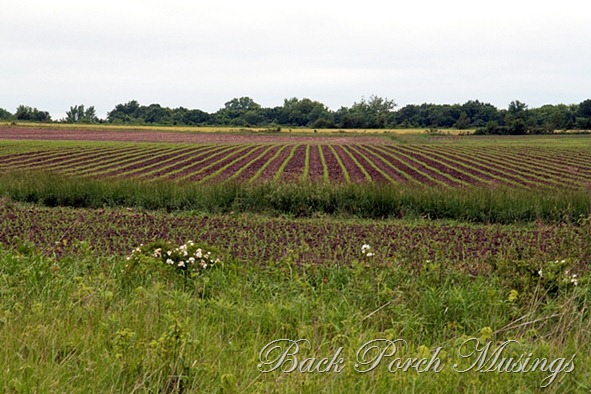 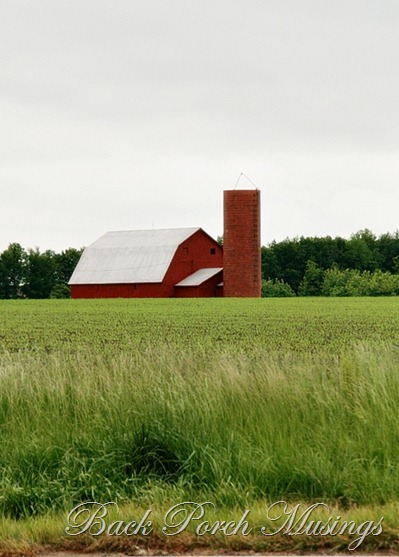 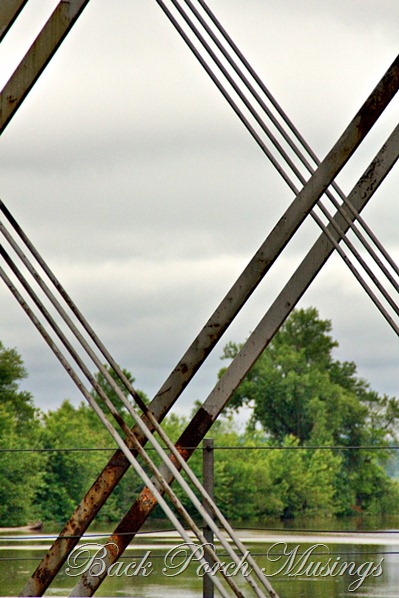 The Cuivre (pronounced quiver) River, seen through a railroad bridge.

This little post has been a very pleasant endeavor, for me.  It’s nice to take a break from home and garden projects, now and then, and just enjoy the world around us.