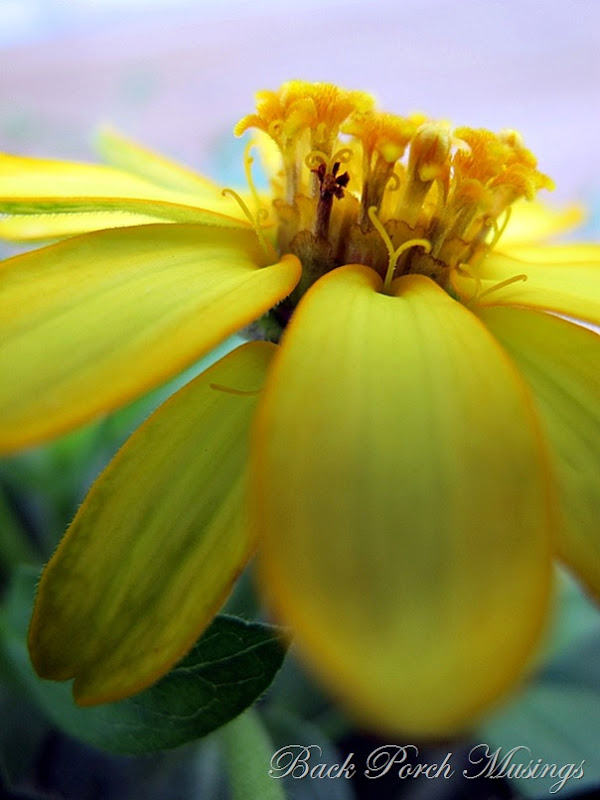 This little yellow flower grows in a container, on our eldest daughter and son in law’s back porch.  I took the photos Sunday morning, using the Canon G11. 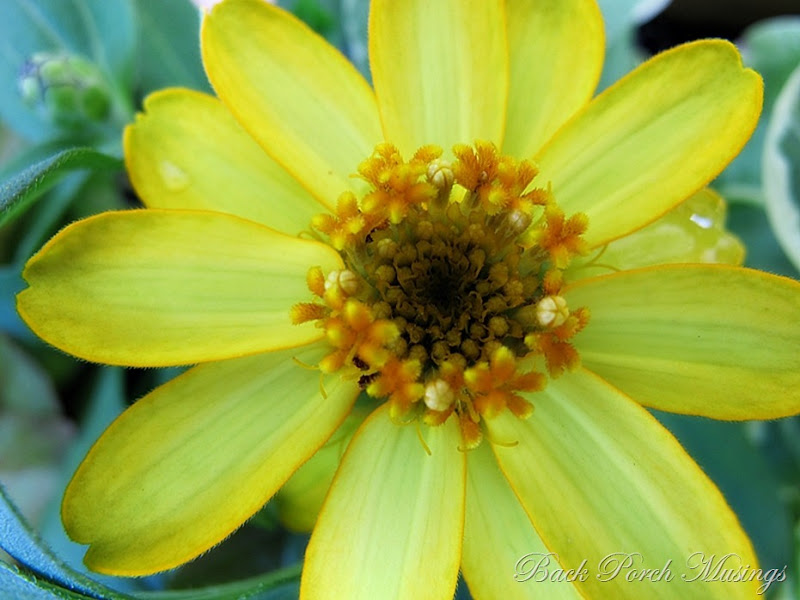 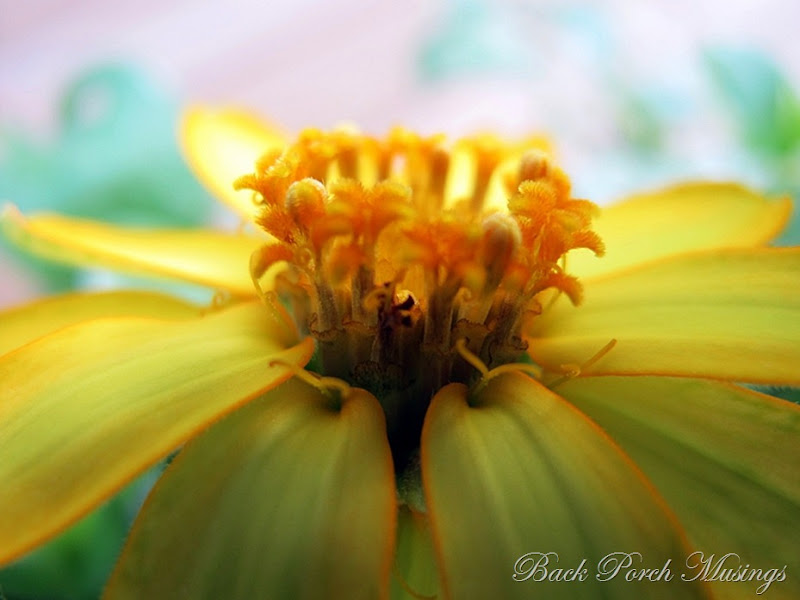 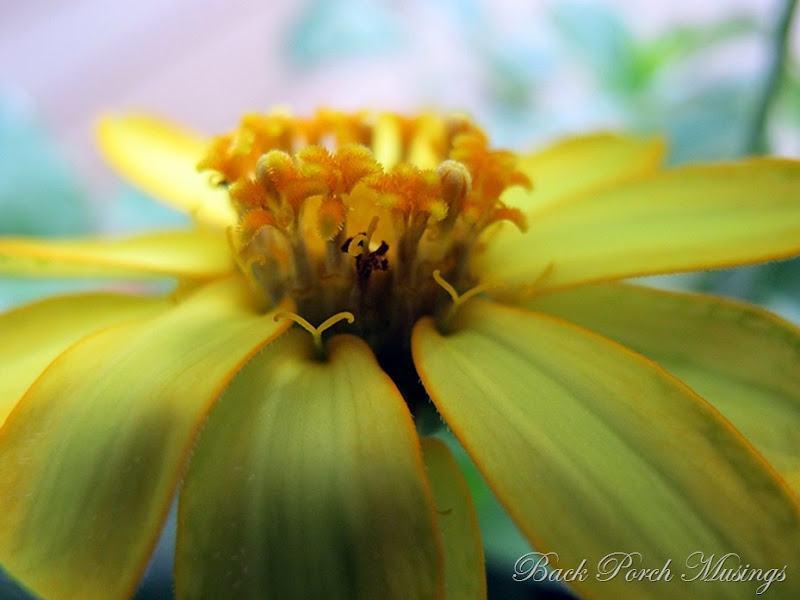 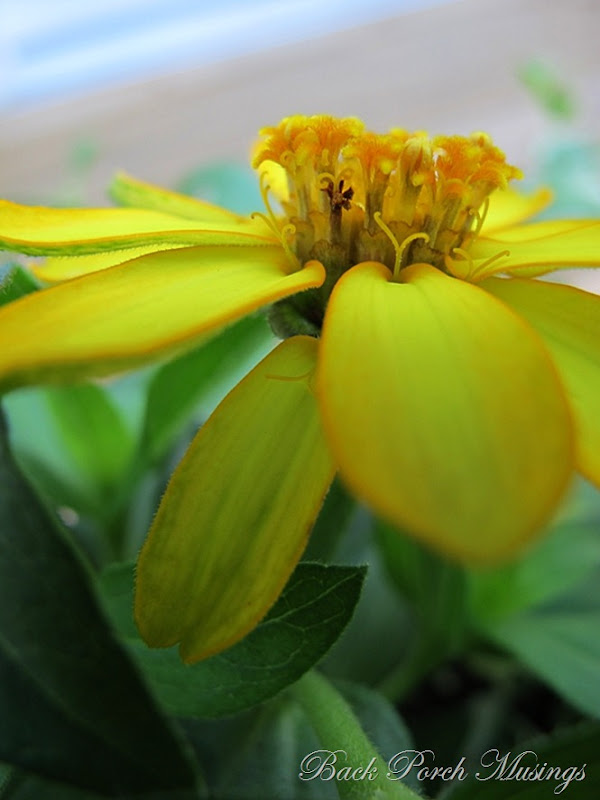 As with others, I was having a tad bit of trouble leaving comments etc., this past Monday.  I’m still playing catch up and hope to see you all soon.

Thanks so much for your wonderful response to In the Garden and Blue White Yellow.

We haven’t done much with the new project, other than assemble all the elements.  We are having a busy week. Our plan was to complete the project Monday.  Instead, we spent the day buying our birthday present.

My birthday (67th) is in July and J’s(65th) is in August.  As a rule, we do not exchange gifts.  Seven years ago, I took some teasing when we purchased the condo during my birthday week.  In other words…WOW what a birthday gift.  Our birthdays are usually spent quietly at home or with dinner out and no gifts.  This year, we are sharing a gift. 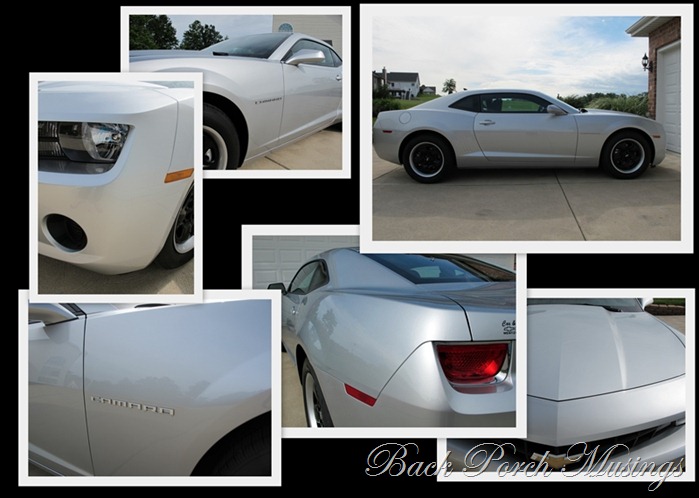 I am giving you this little back story so you will know, we tend to drive our vehicles a very long time, before trading.  In 2004, we sold my 10 year old Chevy Blazer and bought my Toyota Camry XLE.  This was a whole new experience for J.  The Camry had absolutely no problems, recalls or otherwise.  It was a jewel for the “little ol’ lady” to drive.

Then, it happened; the 2010 Chevy Camaro appeared on the scene.  Oh my!! Yes it did!  We spent the past several months hemming and hawing around.  We researched, as best we could and talked to our resident mechanic…it’s nice to have one of those in the family.

We did everything but drive the Camaro.

Fast forward to Sunday morning, June 6th.  When returning home from our daughter’s, we took a little detour.  We rarely drive this route.  For some reason we just happened to drive past a Chevy dealership and there on the lot were 10…count ‘em 10 Camaro’s in all sorts of colors and with all sorts of options!  With a squeal of tires (sort of) and a sharp right turn, J drove into the lot.  Out of the car in a flash, he was in “Camaro Heaven”.

The dealership is closed Sundays.  Bright and early Monday morning, we made a decision to drive down and finally get around to test driving the car.  Amongst all those colors and styles was the Camaro of our dreams.  J called a salesperson, whom he has known since childhood.  We made arrangements to meet with him.  The rest is history.

The mosaic, above, shows our birthday gift.  It’s not the Camaro SS, with big motor and more horsepower.  It is a V6, with 300 horses, more suited for G’pa and G’ma.  We have a spoiler ordered; the low profile style.  Our son in law is looking into nifty new wheels, with a little glitz to them.

Just one more thing; did you notice the silver Camaro matches our silver hair?

J is still in a daze, saying he never thought he would have a Camaro.

By the way, when we took that test drive, we discovered our salesperson “B” had set the radio on 50’s music.  I do believe there was a little method to his madness.  As we drove along, listening to those great old songs, I told J I felt younger already, he said he did too.

We are participating in a neighborhood garage sale, this week.  As you know, there is a lot of preparation for these events.  Because J is retired and we still have that 11 year old Chevy truck, we are called on for hauling this and that.  We will be very busy folks, the next few days.  In case I don’t get another post published, Friday, I want to wish you all a wonderful weekend.

We plan to do some cruisin’.