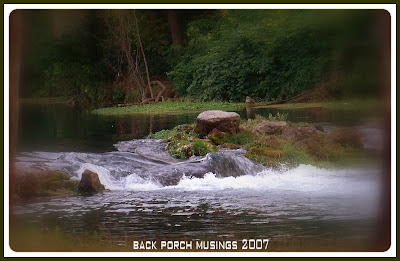 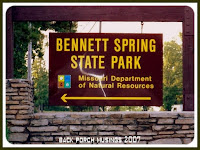 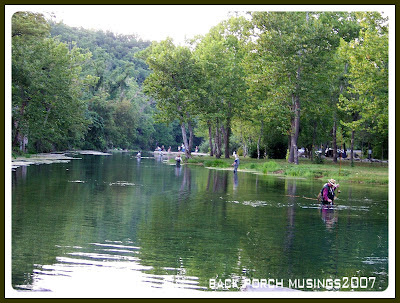 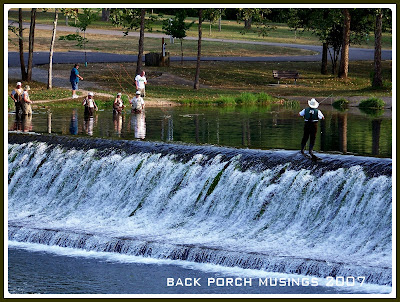 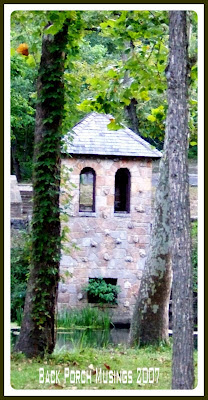 This small stone structure overlooks the spring. A shelter house sits on a hill just to the right. A wedding rehearsal was in progress, at the site, Friday evening. I have memories of family picnics at the shelter. 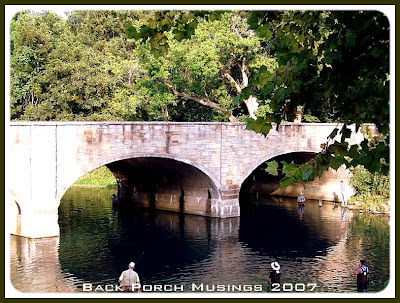 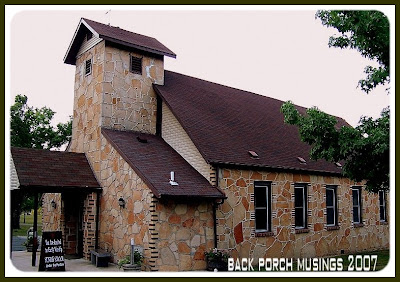 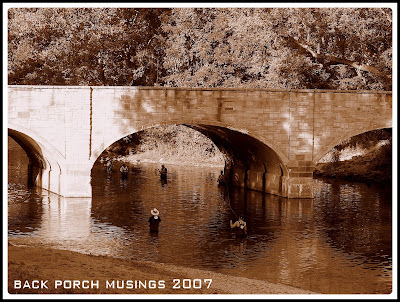 Bennett Spring was originally known as "Eye of the Sacred One", by Native Americans who first inhabited the area. 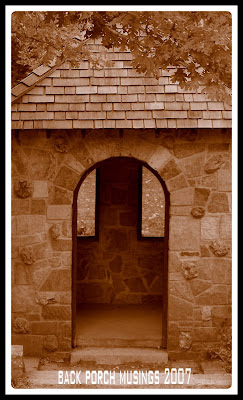 The entrance to the small stone structure that overlooks the spring. It's wonderful to stand inside the building and look down at the spring from the windows. 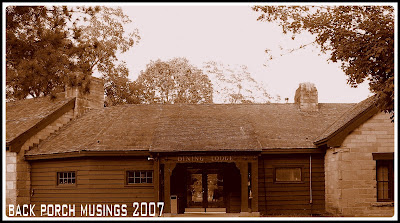