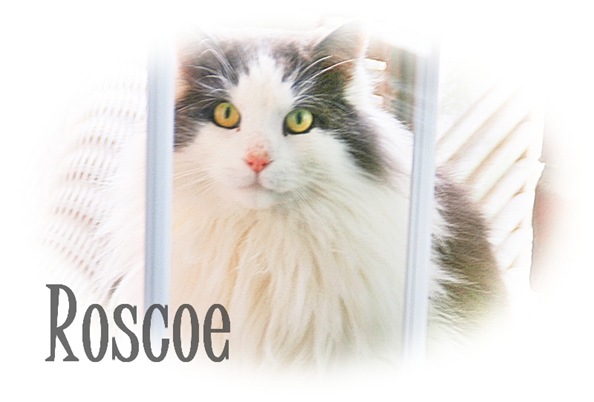 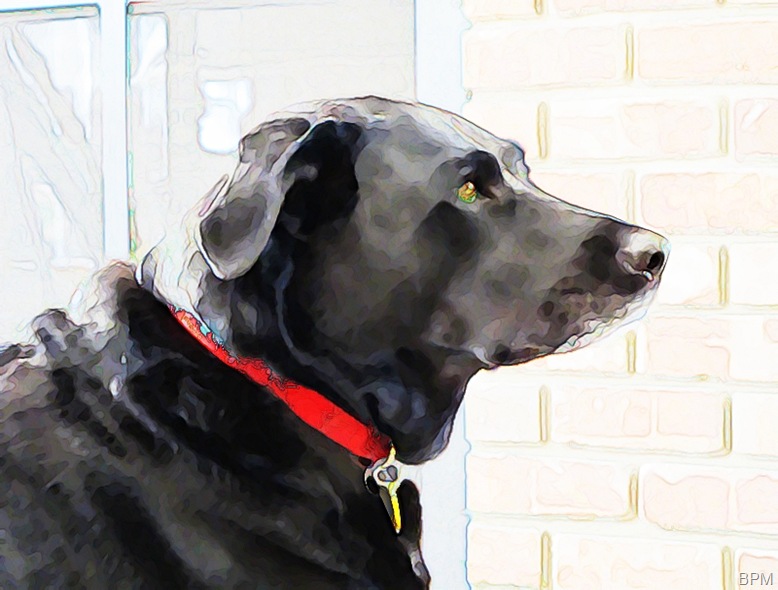 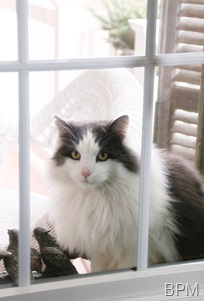 Molly has several friends, in the neighborhood.  They include Daisy the Dachshund and King the Yellow Labrador Retriever.

Molly and Roscoe have been close friends for several years.

Roscoe came to the neighborhood when he was little more than a kitten.  It’s difficult to describe him as a stray cat; he’s so debonair.

Our neighbors’ granddog lived with them, several months, while their daughter and son in law were building their new home.

Champ was here, when we were building our home, in 2003. It was love at first sight for Champ (a Boxer) and Molly.  I believe she missed him as much as our neighbors did, when he moved to his new home.

When Roscoe wandered into our little corner of the world, a few months after Champ left, he was welcomed, by Molly, with open arms.  Roscoe soon learned to just roll over, if he saw Molly running toward him.

It wasn’t long until our neighbors adopted Roscoe.  Even though he’s an outside cat, he enjoys all the comforts of home.

His territory seems to be the homes on our cul de sac and the farm, behind us.

Our back porch is Roscoe’s home away from home.

I’ve tried, on several occasions, to capture a close up photo of Roscoe, with no luck, until Monday morning.

While J and Molly were on their morning walk, Roscoe decided to visit the back porch. There he sat, on the ledge of the window, beside my desk.  I quickly grabbed my camera and managed several photos before he got that look in his eye.  I recognized the look.  He was preparing to leave, in a hurry.  It’s the same look I get from Molly when I try to take her photo.  It’s as if she’s thinking, there she goes again, trying to steal my spirit with that magic clicking contraption! 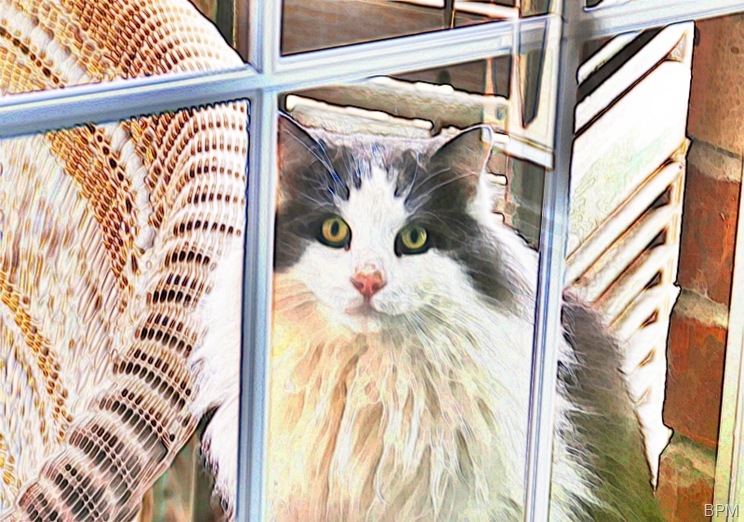 Isn’t he a beauty!

Camellias remind me of beautiful chiffon prom and party dresses of the 1950’s. They also remind me of layers of heavily starched cancan slips, from the same era.

The following Camellia photos were taken at the Missouri Botanical Garden, Saturday February 20. 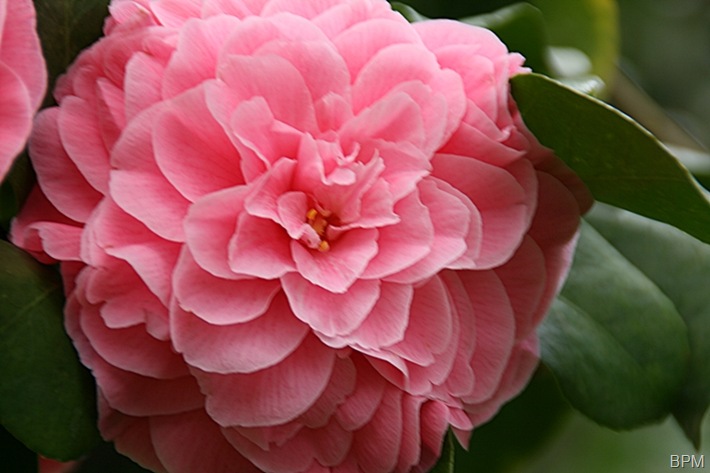 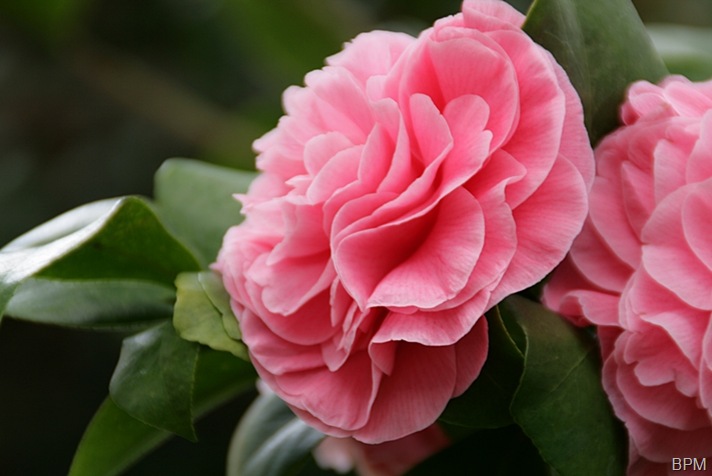 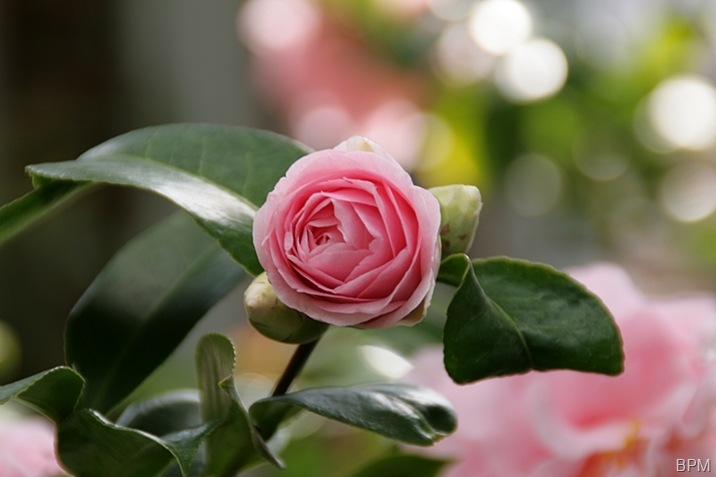 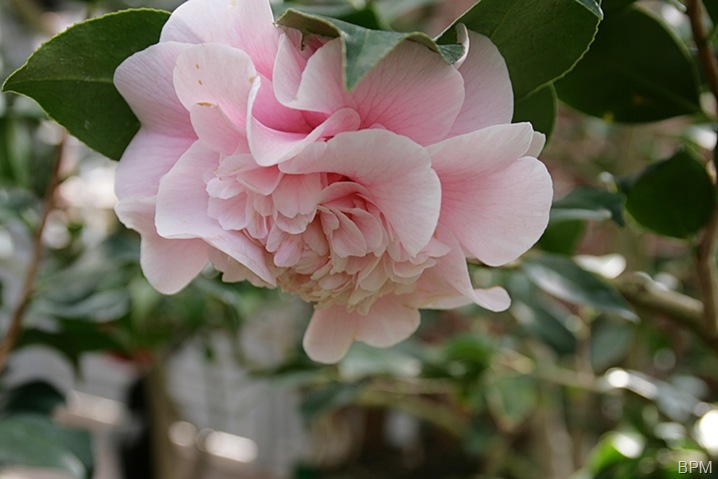 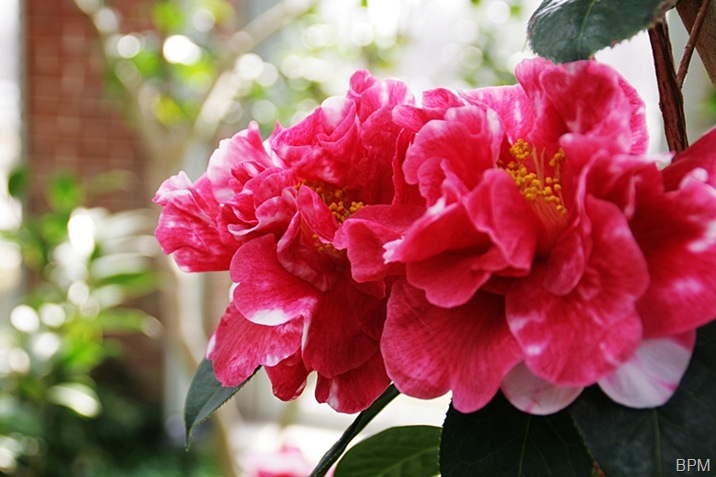 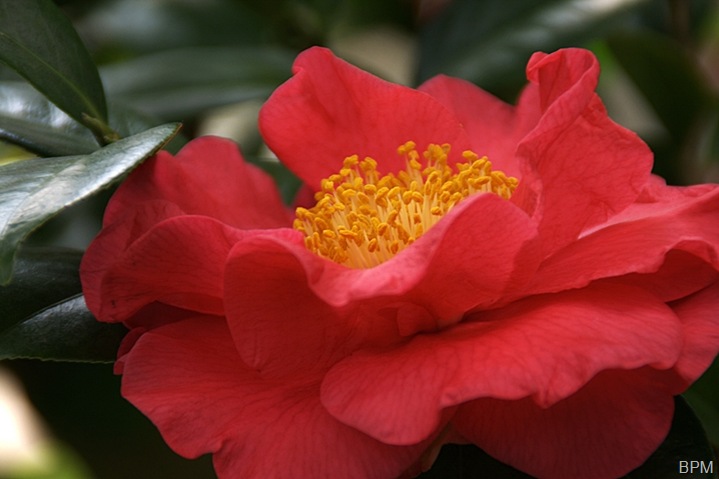 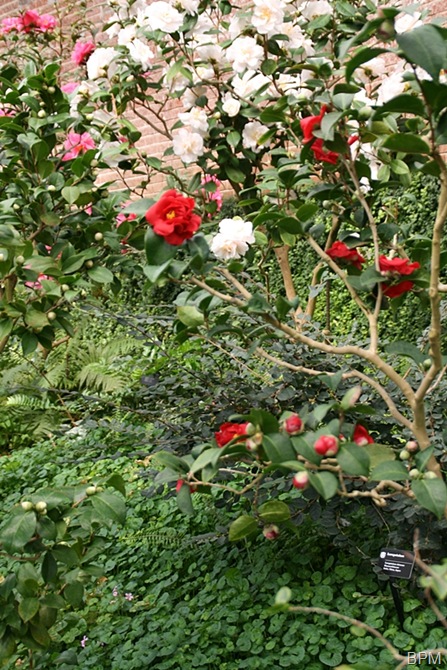